The first step to leveraging AdTech is understanding exactly what it is. AdTech (short for advertising technology) is the umbrella term for the software and tools that help agencies and brands target, deliver, and analyze their digital advertising efforts.

If you've ever scratched your head at the terms "programmatic" or "omnichannel," you've likely already heard a little about what AdTech does (though you may not have even realized it). Programmatic advertising, for instance, buys target audiences instead of time slots: Think about buying ad space that reaches a particular demographic wherever it is instead of buying a prime-time TV spot and hoping the right people are watching.

Omnichannel marketing reaches target consumers across all channels -- mobile, video, desktop, and more -- within the context of how they've interacted with a brand (those first seeing an ad will receive a different message from those who have engaged with that brand a number of times). Omnichannel and programmatic aren’t the only two tools within AdTech, but they are two of the most revolutionary.

For our own benefit as much as anyone else’s, we’ve drawn up a glossary of some of the most commonly used terms to help out.

Ad exchanges, also known as supply-side platforms (SSPs), are used by publishers that want to sell ad spaces programmatically. When a person visits a publisher’s site, the SSP triggers an instantaneous auction that deconstructs the available ad spaces into a string of text called an HTTP call. This call is sent to bidders, or DSPs, which rapidly evaluate the value of the space on behalf of their advertisers and issue a bid.

"Ad Tag" is another term for an ad unit. Marketers and advertisers need to provide images that represent their brand and convey the marketing message they are attempting to evoke. The term ‘tag’ is often used as slang for the HTML code that will represent the creative in the ad server. Major advertisers utilize an ad-server. ‘Tag’ is the code that represents the specific advertisement copy.

Artificial intelligence (AI) is the ability for a computer to process information about its environment and use that information to take actions that increase the likelihood of successfully achieving a goal. Pontiac’s AI uses information about ongoing campaign performance in order to bid highest on active, high-value users, and bid lower on users who have not displayed high-value web behavior.

Attribution is the science of determining which users converted on your website. It means that you can attribute an individual’s visit to and/or a specific action taken on your site to an advertisement that the same individual had either clicked or viewed previously.

While Google Analytics reports on users who click to reach the end result, attribution must look beyond a click-only environment. Post-view attribution includes users who saw the ad but did not click on it, but eventually came to the site and converted on their own. We report on this, as well as on clicks, to help prove the effectiveness of your advertisements.

This process analyses a known audience segment to find shared characteristics. A brand can then use these to target other people who could potentially become customers.

You have the ability to control the value of your line’s bids. Base bid is the number at which your line will aim to bid, while min and max bid allow you control over the upper and lower bounds of bid values.

Programmatic advertising allows “bidders,” also known as demand-side platforms (DSPs) to bid on advertising space made available by publishers. When a webpage is loaded, its SSP sends an ad call to bidders. Bidders recognize the ad call and reply with the amount that they would be willing to pay to advertise in that space. The SSPs then determine the winning bidder and award the highest bidding DSP the ad space.

This is used to cover 3rd party discrepancies. If you are measuring your success or billings via a DoubleClick 3rd party tag, we recommend using 1.05 or 1.1 as the multiplier. This means you will serve 1.05x (or 1.1x) your goal to ensure you cover the discrepancy against the 3rd party tag. Pontiac offers a Dynamic Budget Multiplier option to automatically adjust the budget multiplier on your behalf based on the spending patterns that it detects.

A conversion would be a user who completed the goal task. Conversion pixels are placed on the ‘Thank You’ page that an individual reaches once they have taken an action, signaling that they ultimately did what the ad intended for them to do.

When a web user is exposed to an ad unit, that ad unit will put a short line of code called a “cookie” on that web user’s browser. Pontiac is then able to keep track of who has been exposed to the advertisement, so that it can be sure to only serve an ad to a web user a desired number of times according to specified frequency caps, retarget web users efficiently, and attribute desired actions taken on a page to a user having seen the advertisement.

Cost per action (CPA) optimization is used to drive web users to take any number of actions, such as buying a product, downloading a coupon, or entering an email address, at the lowest cost for you. These actions are also often referred to as "conversions." After you place a conversion pixel on a webpage, Pontiac’s algorithm optimizes to advertise to web users most likely to also “convert” on a click or view basis defined by the slider bar titled CPA Weighting, which will appear in the line setup.

A creative is the advertisement itself that a web user sees on their webpage.

Click-through rate (CTR) optimization is used to drive web users to a landing page or web site homepage. Pontiac’s algorithm optimizes to advertise to web users most likely to click on the advertisement.

Day Parting allows you to control the time of day your ads will be served. You can select specific days and time intervals during which you want your ads to be served.

These are used to specify the maximum number of times that an individual will be targeted by the line over the course of a single day and over the course of the line’s life. Pontiac offers a Dynamic Frequency option to automatically remove the frequency cap on your behalf based on underdelivery during the campaign’s flight.

The global positioning system (GPS) provides geographical coordinates for any location in the whole world. By inputting the latitude and longitude of a specific point and any custom radius around that point, Pontiac clients are able to target devices in that location.

A macro is a line of placeholder code located in the HTML tag for third-party ad hosting services, which is filled in when the creative serves. When you use a third-party ad server for your creative, you must include AppNexus’s macro "$CLICK_URL" to ensure that clicks on the ad are properly tracked.

Malvertising is the use of digital advertising for spreading malware, such as by having an ad link place a virus on a user’s computer. Risk IQ checks ad tags and AppNexus vets creatives before a campaign runs to ensure that advertisements are not malicious. Pontiac clients who upload ads deemed malicious will lose access to the platform and forfeit deposit funding.

An operating system is the software on which a potential ad viewer’s device runs. You are able to decide whether or not your ads target Android, Apple iOS, Apple Mac, and Microsoft Windows devices.

Pontiac’s optimization algorithm operates on a schedule that you get to control. On the selected days of the week, optimization will make changes in the bid rate, budget, and allocation across Sellers, Sites, Geo’s, and Placement IDs. We recommend selecting Wednesday as the day for optimization for longer campaigns, and Monday and Friday for shorter ones.

Performance metrics are the key performance indicators (KPIs) that Pontiac uses to optimize ad targeting. These include cost per action (CPA), click-through rate (CTR), and viewable click-through rate (vCTR). You will be given the option to select one of these as your objective from a dropdown menu for each line in your ad campaign, and as your campaign runs, Pontiac’s algorithms will optimize targeting according to the KPI that you select.

Pixels are transparent, 1x1 images that you can place on your webpage to allow your ad server to collect cookie information about web users that visit that webpage. Conversion pixels track whether an action was completed by a web user who viewed or clicked on your ad. Segment pixels are used to deliver ads to web users who have already visited your webpage. Third party pixels are supplied by outside sources that can allow you to collect extra data about your ads, such as their level of viewability for a web user.

Programmatic advertising is the use of software for purchasing advertising space, as opposed to traditional processes that use human negotiations between a single advertiser and a single publisher.

Prospecting is an online marketing strategy that serves advertisements to individuals across the open web. Although it does not get high levels of engagement compared with remarketing, which serves specifically to individuals who have already expressed interest by visiting the site, it allows you to acquire visitors who have not yet heard about your product or service.

Remarketing is an online marketing strategy that serves advertisements to individuals who have visited a specific website or webpage. It is a technique that tends to see far higher engagement rates than any other, as it serves ads to people who have already shown interest through their page visit. However, remarketing should be paired with prospecting strategies to ensure that advertisements reach people who have not yet heard about your product or service. The web-developer will need to place a small piece of code on the webpage to track visitors so that digital advertisements can target them across the open Internet.

A metric measuring the amount of money made on an advertising campaign as a multiple of spend. It can be calculated by dividing the profit from a campaign by the amount of money spent on it. ROAS will increase as Pontiac’s AI learns about your campaign over time, as it will be able to serve ads to the audience most likely to click on them or take action after engaging with them.

Pontiac is a self-service platform, which means that our software allows our clients to create and manage all aspects of their own advertising campaigns.

There are a number of different kinds of supply from which you can decide to purchase. Pontiac allows you to decide whether or not you would like to buy web, mobile web, and mobile in-app inventory.

A whitelist is an inventory list of sites or apps to which your ads will only deliver(^2.4). Pontiac enables clients to put together whitelists for their campaigns, so that they have complete control over where their ads go. Pontiac also has a supply of built-in whitelists, which have been curated for the needs of specific kinds of advertisers and can be adjusted by the client to fit their needs.

Trading Up Media / About Author

Previous Article Are You Using Google My Business?

"AdTech (short for advertising technology) is the umbrella term for the software and tools that help agencies and brands target, deliver, and analyze their digital advertising efforts. 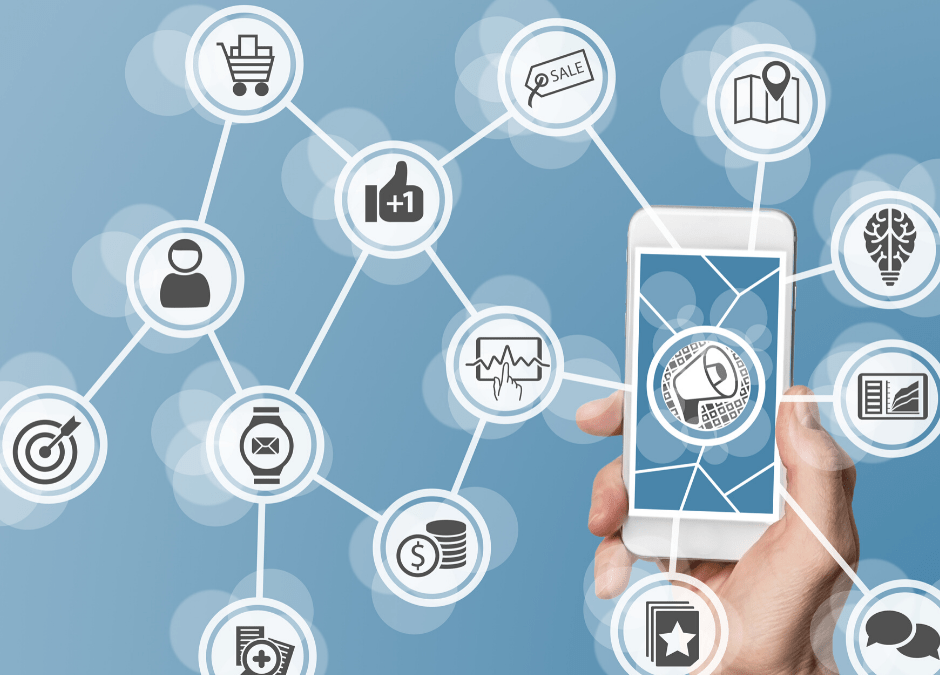 Programmatic Advertising: What You Need to Know 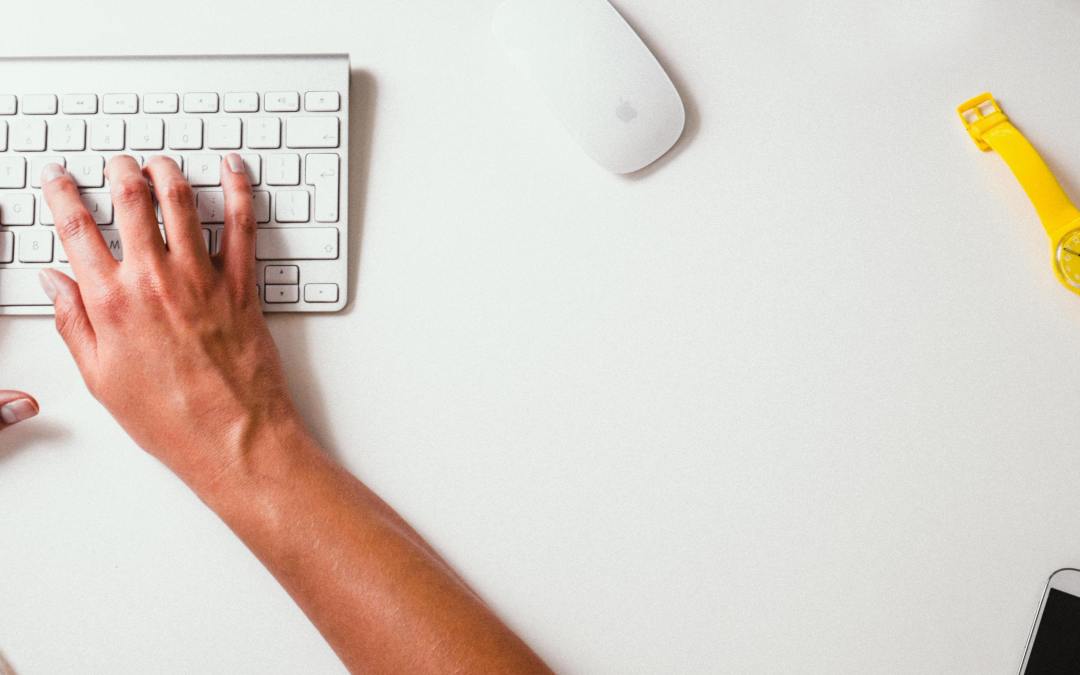 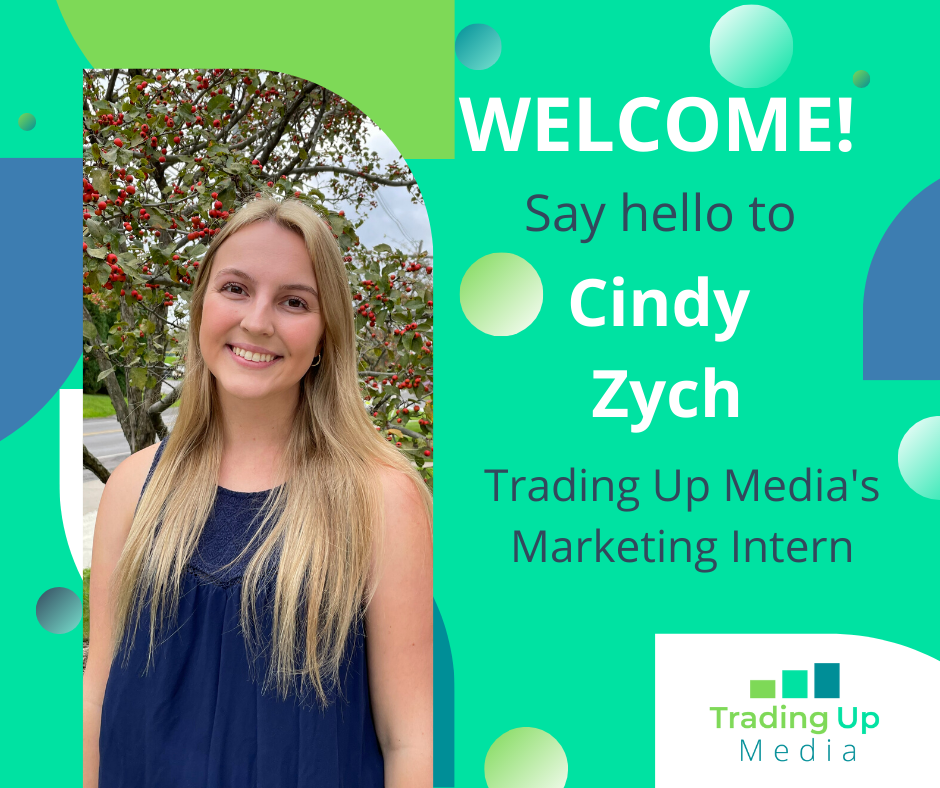